IT jobs are in high demand in Switzerland. Photo by Photo by cottonbro from Pexels Copy

Starting in August 2021, The Local will bring you weekly updates on everything related to jobs and working in Switzerland.

This includes trends, reader feedback and relevant laws that you need to know about when working in Switzerland.

At the end of July 2021, the overall rate stood at a relatively low 2.8 percent, but some cantons did better than others on the job front, according to figures released this week by the State Secretariat for Economic Affairs (SECO).

As the SECO map below indicates, at 4.9 and 4.8 percent respectively, Geneva and Jura have higher-than-average joblessness, while unemployment rate in central and eastern cantons falls below 2 percent. The highest rate is among young people up to 24 years of age (+3.7 percent), while unemployment among those between 50 and 64 has declined by 3.2 percent, according to SECO.

The same SECO statistics show that while the jobless rate for the Swiss is 2 percent, it jumps to 4.8 percent among foreign nationals.

For the EU nationals employed in Switzerland, it is the highest for Eastern Europeans: 10.6 percent for citizens of Bulgaria, followed by Romanians (8.8 percent), and people from Slovakia (6.5 percent).

For those outside the EU, unemployment is highest for people from the Balkans: 7.8 percent for those from Kosovo and 7.1 percent for Macedonians.

The lowest unemployment among the non-EU group is among British citizens: 3.7 percent.

READ MORE: How can I have my foreign qualifications recognised in Switzerland?

Working from home, a practice which took hold during the pandemic, is seen favourably by most employees in Switzerland

According to a survey carried out by the GFS Institute, 89 percent of employees questioned believe that teleworking should be allowed in their company, in addition to on-site activity.

And 79 percent want to continue this system after the pandemic, while only 6 percent reject this option.

This preference is not one-sided: several large Swiss companies have decided to give their employees more flexibility in the organisation of working time to offer them a better work-life balance.

Among them are UBS and Credit Suisse banks, according to the survey.

Highly skilled computer workforce is scarce in Switzerland, but the demand for these services is high.

“It is currently almost impossible to find a mobile app developer”, Daniel Kaempf , co-founder and director of Darwin Digital, said in an interview.

To fill the gap, he believes that all sectors leading to digital transformation professions should be strengthened in Switzerland, which, for the time being, are limited and the career path is complex.

“At the moment, the best course is an engineering degree from a federal polytechnic or a university of applied sciences. Then, you have to supplement your knowledge with online training. And above all, you have to gain practice by working”, he said.

Did you know? Switzerland does not have a minimum wage

When compared to its European neighbours – or countries globally – Switzerland is known for its high salaries in almost all industry types.

Therefore, it is perhaps surprising to find out that the country does not have an officially mandated minimum hourly wage.

After being first implemented in New Zealand and Australia in the 1890s, minimum wage laws have spread across the world. Most European countries have now put in place some form of minimum wage limit.

In Switzerland, this has been done at a cantonal level, with five cantons now putting in place a minimum wage: Basel City, Ticino, Geneva, Neuchâtel and Jura.

That does not however mean that your employer is free to pay you as much – or as little – as he or she wants. Instead, the minimum amount you can be paid will be determined through negotiations with your employer which will may feature a trade union representative.

Whether this be an hourly amount or one which is set for full or part-time hours, setting a minimum standard in specific industries is a common way to ensure workers aren’t underpaid or unpaid.

More information about the minimum wage in Switzerland can be found at the following link.

Minimum wage in Switzerland: What you need to know

Looking for a job in Switzerland or just want a little more information about working here, then check out the following links.

The jobs roundup is new addition and we’d welcome any feedback or suggestions for areas it should cover. Please email us at [email protected] 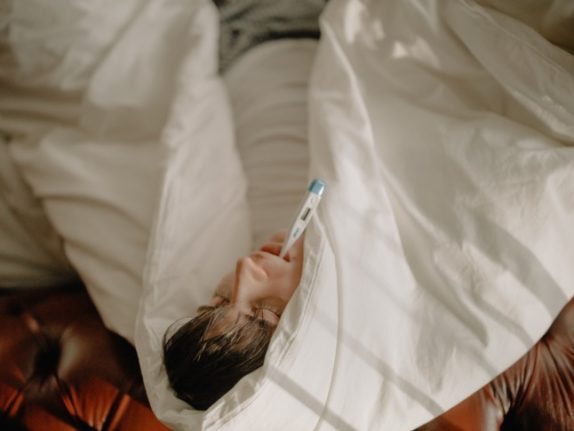 Being laid up with an illness is bad enough without having to worry about being let go from your job.

Generally speaking, workers in Switzerland are well protected through labour laws and collective agreements between employers and professional associations or trade unions, which set the terms and conditions of employment.

These categories are wide-ranging, including wages, holiday time, leaves of absence, as well as worker’s and employer’s rights during illness-related absences.

So what happens if you fall ill?

If you are absent for more than three days, you must present a medical certificate mentioning your diagnosis and how many days (or weeks or months) you will be absent from work.

In this case, you will continue to be paid for up to 730 days for illness that lasts over 900 days.

But while most employers in Switzerland have this insurance, some don’t. If you happen to work for the latter kind,  you will continue to get your salary but for a very limited period: three weeks in the first year of employment, with increases for every additional year, up to a maximum of four months.

This period does, however, vary depending on the canton.

Does this mean you can’t be fired while sick?

No, your job is not going to be there waiting for you until you recover — you are protected from dismissal only for a limited period of time, depending on how long you have been employed at a company.

Your boss must keep you on for:

The only exception to this rule is if you get sick during the trial or probation period — usually between one or three months after you start a new job.

If that’s the case, the employer has the right to terminate your contract.

What if you fall ill after receiving or giving notice — in other words, you already know you will be leaving your job at a previously determined time?

If this happens, the notice period is postponed for the duration of your sick leave, and will resume once you are able to return to work.

More information about dismissal during sick leave can be found here.

The same rules apply if you are laid up after an accident — for the purposes of your employment, illness and post-accident recovery are the same.

Situations might come up when you have to take time off for work for reasons other than sickness. Can you be fired?

In Switzerland, employees are allowed to take paid absence due to extreme or extraordinary situations other than sickness, including accidents, military service, marriage, and death of a close relative.

You can find out more about what absences are permitted under the law, including maternity and paternity leave here:

Everything you need to know about annual leave in Switzerland

And this is a useful guide about the employment laws all people working in Switzerland should know:

Getting fired in Switzerland: The employment laws you need to know about

Please keep in mind that this is a guide only and should not take the place of qualified legal advice.

JOBS
MAPS: The best commuter towns when working in Geneva

JOBS
EXPLAINED: What is the 13th-month salary in Switzerland and how is it calculated?
Url copied to clipboard!