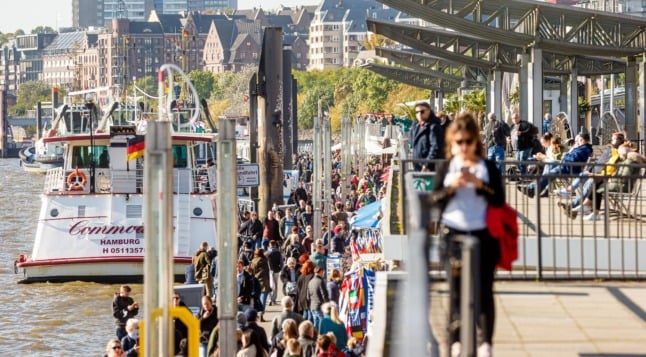 The three parties involved – the Social Democrats (SPD), Greens and the Free Democrats (FDP) – aim to enter into formal coalition negotiations in the coming weeks.

On Friday, the parties’ leadership and main election candidates unveiled their initial agreement on how they see the future of Germany. You can read an overview of the key points here:

So what about how the plans could affect foreigners in Germany or those who plan to come here in future? The draft gives a flavour of what the possible future German coalition would do.

The parties come across as immigration friendly – and it looks like they will overhaul the immigration system in a bid to attract skilled workers to plug the job shortage.

“Germany is a modern immigration country,” the SPD, Greens and FDP state. “Women and men from many countries have found their home here, started families and earn their living. Therefore, we want to create a modern citizenship law.

Pretty stark contrast to the UK

The three parties are generally in favour of easier routes to citizenship and changes to Germany’s strict dual citizenship laws.

“Those who are well integrated in Germany and can support themselves should be able to obtain a legally secure residence status more quickly. We want to make it possible to change lanes and improve integration opportunities,” the paper states.

According to the paper, the SPD, the Greens and the FDP want to introduce a points-based system for immigrants. This could work along the lines of similar systems in Canada, Australia or the UK.

This sees non-citizens looking for work earn points for things like education, language fluency, earnings or job offers. If they meet a certain score, they are allowed into the country.

Germany’s Skilled Immigration Act, which is aimed at easing restrictions and red tape for qualified professionals when migrating to Germany through simplified visa applications, came into force in March 2020.

This law will be changed in some way, because the coalition parties say they want to make it “more practical”.

“We also want to introduce a points system as a second pillar for attracting qualified skilled workers,” they said.

Citizenship and catering to a ‘diverse society’

The coalition parties say they recognise that Germany is a “modern country, with great diversity in society”.

“We see this diversity as an opportunity and want to organise fair participation in all areas and clearly oppose discrimination,” they said.

The SPD, Greens and FDP are adamant that they want to change laws.

“To this end, we will, among other things, adapt the law on citizenship, family law, the law on parentage and the transsexual law as well as the regulations on reproductive medicine and, for example, make shared communities of responsibility or a pact for living together possible.”

What else do the coalition parties say when it comes to laws and safety?

Alongside pushing for “more preventative security” to make sure everyone in Germany feels safe “whether on the street, at home or online”, the parties also mention taking a hardline against people who commit hate crimes.

“We will take resolute action in all areas against anti-Semitism, racism, right-wing extremism, Islamism, left-wing extremism, queer hostility and every other form of hostility, so that diversity and security is possible for everyone,” says the draft paper.

The parties say they will “strengthen women’s right to self-determination and promote independent livelihoods”.

“We want women and men to be able to participate equally in social decision-making and in working life, and to be in an equal position to secure their own livelihoods and provide for their old age,” they said.

“We want to counteract the discrimination of women in the labour market and improve the compatibility of family and work. We want to effectively reduce wage inequality between women and men. We will work for more diversity in the world of work and ensure that more women get into leadership positions.”

The initial agreement also states that they want to “expand the participation of citizens with disabilities – in the labour market and by promoting accessibility in everyday life, in housing and in the digital space”.

Is this set in stone?

No. This is an initial agreement but when the coalition talks go ahead, there may be changes down the line to some aspects.

The EU home affairs commissioner Ylva Johansson, speaking after a meeting of European interior ministers, said she welcomed what she saw as new momentum on the issue.

In a reflection of the deep-rooted divisions on the issue, France’s Interior Minister Gérald Darmanin – whose country holds the rotating EU presidency – said the process would be “gradual”, and welcomed what he said was unanimous backing.

EU countries backed a proposal from French President Emmanuel Macron to create a council guiding policy in the Schengen area, the passport-free zone used by most EU countries and some affiliated nations such as Switzerland and Norway.

Speaking before the meeting, Macron said the “Schengen Council” would evaluate how the area was working but would also take joint decisions and facilitate coordination in times of crisis.

“This council can become the face of a strong, protective Europe that is comfortable with controlling its borders and therefore its destiny,” he said.

The first meeting is scheduled to take place on March 3rd in Brussels.

A statement released after the meeting said: “On this occasion, they will establish a set of indicators allowing for real time evaluation of the situation at our borders, and, with an aim to be able to respond to any difficulty, will continue their discussions on implementing new tools for solidarity at the external borders.”

The statement also confirmed EU countries agreed to take a step-by-step approach on plans for reforming the EU’s asylum rules.

“The ministers also discussed the issues of asylum and immigration,” it read.

“They expressed their support for the phased approach, step by step, put forward by the French Presidency to make headway on these complex negotiations.

“On this basis, the Council will work over the coming weeks to define a first step of the reform of the European immigration and asylum system, which will fully respect the balance between the requirements of responsibility and solidarity.”

A planned overhaul of EU migration policy has so far foundered on the refusal of countries such as the Czech Republic, Hungary, Poland and Slovakia to accept a sharing out of asylum-seekers across the bloc.

That forces countries on the EU’s outer southern rim – Italy, Greece, Malta and Spain – to take responsibility for handling irregular migrants, many of whom are intent on making their way to Europe’s wealthier northern nations.

France is pushing for member states to commit to reinforcing the EU’s external borders by recording the details of every foreign arrival and improving vetting procedures.

It also wants recalcitrant EU countries to financially help out the ones on the frontline of migration flows if they do not take in asylum-seekers themselves.

Johansson was critical of the fact that, last year, “45,000 irregular arrivals” were not entered into the common Eurodac database containing the fingerprints of migrants and asylum-seekers.

Earlier, German Interior Minister Nancy Faeser suggested her country, France and others could form a “coalition of the willing” to take in asylum-seekers even if no bloc-wide agreement was struck to share them across member states.

She noted that Macron spoke of a dozen countries in that grouping, but added that was probably “very optimistic”.

But he cautioned that “we cannot let a few countries do their EU duty… while others look away”.

France is now working on reconciling positions with the aim of presenting propositions at a March 3rd meeting on European affairs.