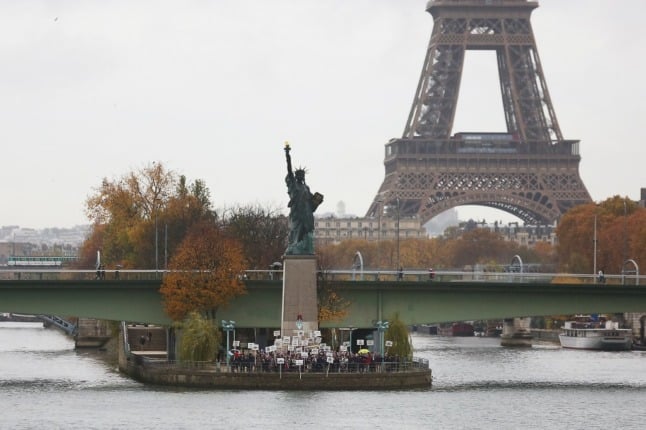 The United States, with rare exceptions, grants citizenship to anyone born on its soil or with a US parent.

A 2010 law aimed largely at avoiding tax dodgers who move abroad has sharply increased the bureaucratic and financial burden for US citizens overseas, including those who may have only peripheral links with the United States.

“Most US citizens, especially those residing in the United States, cherish their citizenship,” said the lawsuit filed in the US District Court in Washington by the Association of Accidental Americans, a French non-profit group, and nine plaintiffs.

“However, for the nine million US citizens living abroad, recent legislation and regulations have transformed US citizenship into a financial nightmare,” it said.

Fabien Lehagre, president of the France-based association, in a statement said that recent laws “have left accidential Americans with little choice but to renounce US citizenship.”

The group has an ongoing lawsuit to oppose the $2,350 fee to renounce citizenship – a service that was free until 2015 – as unfair and exorbitant.

In the latest lawsuit, the group said that a suspension of services at most US embassies overseas during the pandemic violated a fundamental right under the US Constitution to renounce citizenship.

“In other areas during the Covid-19 emergency, the federal government has found ways to accommodate citizens’ constitutional liberties, while protecting public health and well-being,” the lawsuit said.

“Just as the Covid-19 world has become more flexible, the US government must do the same.”

The lawsuit calls for the immediate resumption of renunciation services, saying that the shutdown violates the Fifth Amendment of the Constitution’s guarantee of due process.

Citing figures from the Internal Revenue Service, the lawsuit said that a record of more than 6,000 Americans renounced their citizenship in 2020.

The lawsuit said that the Foreign Account Tax Compliance Act has effectively made US citizens overseas pariahs, with some banks curtailing services for them due to the costs of meeting reporting regulations.