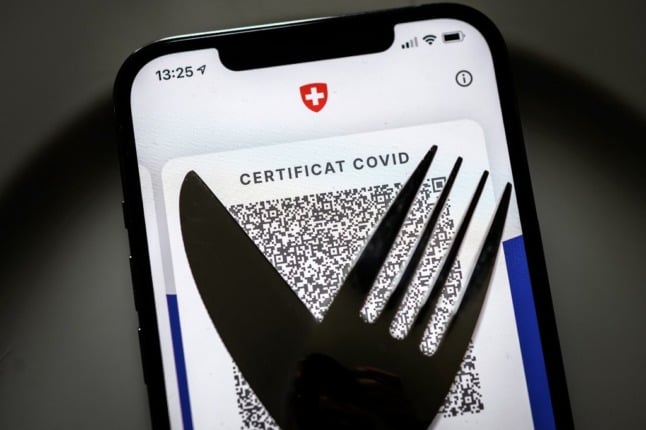 You may soon need a booster shot to access restaurants and other indoor venues in Switzerland. Photo by Fabrice COFFRINI / AFP

Since December 20th, when the 2G rule was enforced in Switzerland, only those who are vaccinated or have recovered from coronavirus within the last four months can access indoor public venues upon showing their Covid certificates.

This includes people who have had their two shots of the vaccine but not yet the third one. However, this may change soon, as legislators are calling on the Federal Council to make the certificate valid only after a booster dose.

They argue that the current Covid certificate, valid 365 days after the second shot, no longer reflects latest warnings from health experts that Omicron variant may diminish vaccination protection, especially among the elderly and vulnerable group.

“Current data shows that Covid-19 vaccination provides only reduced protection against the Omicron variant. Protection can be increased with a booster”, the Federal Office of Public Health (FOPH) announced on Tuesday.

Until now, boosters were recommended six months after initial immunisation. But new data “increasingly indicates that protection against infection and disease is significantly lower and declines more rapidly with the Omicron variant than with the Delta variant. Data also shows that a booster vaccination can greatly improve protection against infection by Omicron”, FOPH said.

Switzerland’s Covid-19 Task Force also confirmed the diminishing protection of the vaccination, saying a  third dose increases protection against Delta back to at least 95 percent, and against Omicron to around 60 to 85 percent, at least for a short time.

As a result of these findings, FOPH now recommends a booster dose four months after the second shot, instead of six months recommended previously.

Given the new data, “the Covid certificate is outdated,” said Peter Metzinger, a municipal councilor of Dietikon, Zurich.

“If the vaccination protection and the virus change, the certificate must also be adapted. It must be updated as soon as possible and have the booster as the new vaccination standard”, he added.

MP Mustafa Atici also supports the idea of ​​making the Covid certificate conditional on the third dose. “According to scientists, the triple vaccination offers the best protection. The booster must quickly become a new benchmark for the certificate”, he said.

The government has not yet said whether a booster will be required to get a certificate in Switzerland, but the announcement is expected before the end of the year. 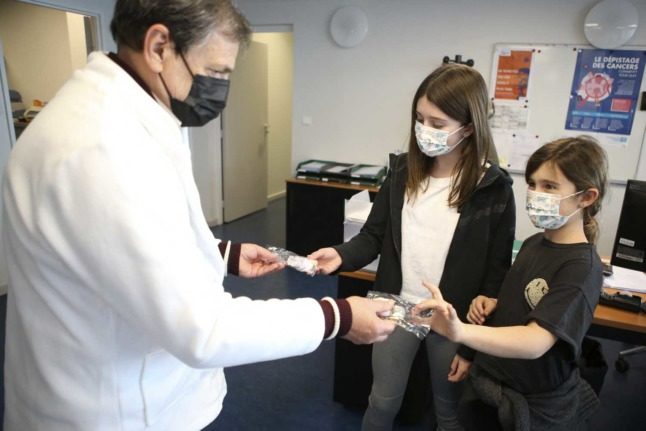 In late February, a Swiss court handed down an order requiring a mother to vaccinate her child against several childhood diseases including diphtheria. tetanus, measles, mumps, rubella and pneumococci.

The mother, a vaccination sceptic who believed all forms of vaccination constitute bodily harm, was engaged in a dispute with the child’s father, who wanted the child vaccinated.

On the basis of consultations with the child’s doctor, the Chamber for the Protection of Children and Adults in the Aargau Supreme Court dismissed the mother’s complaint.

Child vaccinations could only be avoided on doctor’s advice, the court held, saying the studies and arguments the mother produced “lacked evidence”.

The court held she faced up to CHF10,000 in fines if she refused to have her child vaccinated.

What are the rules in Switzerland?

Do parents need to consent for their children to be vaccinated?

No. In the midst of the Covid pandemic, Swiss Health Minister Alain Berset confirmed to parliament that parental consent is not required in order for children to be vaccinated, whether for Covid or otherwise.

While some parents, particularly those who are sceptical about vaccines, may be dismayed by the decision, the position is valid in Swiss law.

READ MORE: How to register for the coronavirus vaccine in your Swiss canton

Children aged 12 and over can decide whether they want to be vaccinated, while parents can be compelled with fines to vaccinate their children under that age.

Berset said minors from the age of 12 and up were “largely capable of judgement” and therefore can make their own decisions with regard to vaccinations, provided they are mentally healthy and conscious.

Where a child from the age of 12 satisfies this standard “no parental or legal guardian consent is required”.

Parents are only allowed to have a say on whether their child gets vaccinated if the child is incapacitated or otherwise unable to make the decision.

“Only if a child or a young person is incapable of judgment do the owners of parental authority have to give consent to the vaccination,” concludes Switzerland’s Federal Office of Public Health.