Around the world Christmas trees are decorated and lit up with colourful baubles and traditional figurines. In Germany, these decorations are called “Weihnachtsbaumschmuck”.

The first part refers to the German word for “Christmas”, der Baum is “tree” and der Schmuck comes from the verb schmücken, “to decorate”.

The noun “Schmuck” can therefore have many translations; on its own it can mean jewellery such as necklaces, hoops and rings, or it can mean decorations, which is the meaning used in relation to this time of year.

The word also has an underlying sense of something that is beautiful and tasteful. Der Weihnachtsbaumschmuck or der Christbaumschmuck therefore translates to Christmas tree decorations.

READ ALSO: How Germany invented Christmas as we know it

The custom of decorating Christmas trees first began in Germany in the 16th century, where evergreen trees were adorned with apples and nuts. Martin Luther was then credited with adding lit candles to the tree to represent stars.

Nowadays, Christmas trees can feature everything from baubles, fairy lights, tinsel, candy canes and figurines. Traditionally, people in Germany do not put their tree up until the 24th or December, which is also their main day of festive celebration.

However, it is getting more common to put the tree up a few days or even weeks earlier, in order to fully enjoy the decorative “Schmuck”.

What Christmas tree decorations are popular in Germany?

Traditionally, ornaments made out of wood, such as the popular figure of the nutcracker or hand-blown glass, usually baubles, are hung up on the tree. The classic bauble, or “Christbaumkugel” replaced the apple decoration and is thought to have been invented in the glassblowing region of Lauscha in Thuringia.

Angels are another common feature on Christmas trees in Germany, specifically representing the Christkind, which is the angel figure delivering presents in many regions of Germany, taking over the typical role of Father Christmas.

Other decorations include symbolic ornaments, such as the ladybug, a common symbol for good luck in Germany and birds, representing peace and wisdom.

However, the belief that Germans hang up a Christmas pickle hidden in their trees for someone to find is largely a myth. Nonetheless, you will still be able to find kitschy Christmas pickle decorations around Christmas markets and shops in Germany, as well as the hand-carved or glass classics –  Käthe Wohlfahrt is the most popular company selling Christmas decorations in Germany year-round.

Now that we’ve bought our tree it is time to decorate it with Christmas tree ornaments.

Many believe the Christmas pickle to be a traditional Christmas tree decoration in Germany. 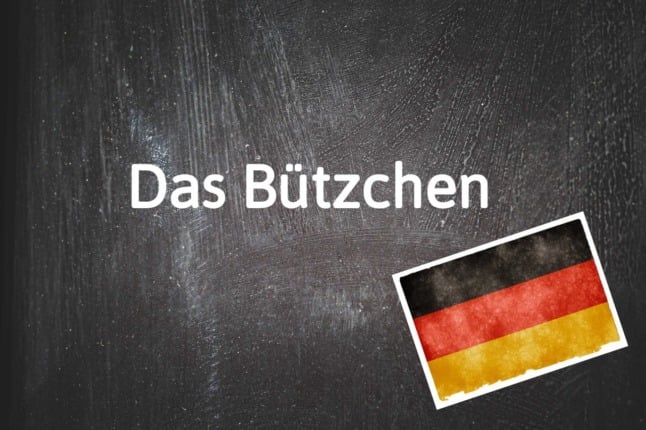 February is in full swing, which can only mean one thing in Germany: carnival is around the corner.

In big cities across Germany carnival fans eagerly await the so-called “fifth season”. Although it technically began back in November, February and March is when the largest festivities kick off. This joyous occasion is often accompanied by one, or usually many, Bützchen.

In pre-corona times if you attended a carnival celebration in Germany you would expect little to no social distancing. Instead, you’d find yourself in dense crowds and may be given a peck on the cheek (and sometimes mouth) by total strangers – a form of greeting known as a Bützchen.

A tradition originating from the Rhineland area, the kiss symbolises happiness and celebration.

Regional dialects may also call it a Bützje, and the corresponding verb is bützen. The term, translating to “little kiss” according to the Duden dictionary, comes from the late Middle High German word butzen, meaning to push. A synonym which is used more widely across Germany is Küsschen.

Rosenmontag, which this year falls on February 28th, is the high point of the Karneval and it usually includes hundreds of floats passing through cities or towns that celebrate.

This year it will be scaled back once again due to the pandemic, but there will still be some celebrations (and, of course, you can mark the day at home by dressing up in a very colourful outfit and planting a Bützje on your loved ones. Can I give you a kiss? (informal)

The best parts of carnival are singing, dancing and kissing.

Kissing and licking today, tomorrow with cudgels and sticks.