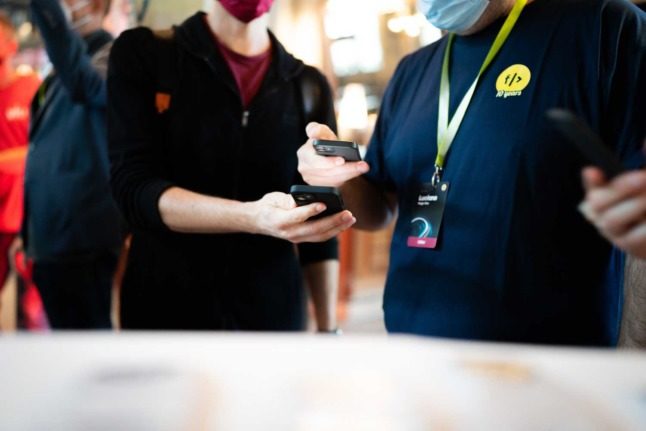 When originally expanded in September 2021, Switzerland’s Covid certificate requirement was given an expiry date of January 24th, 2022.

EXPLAINED: How long will Switzerland keep the Covid certificate in place?

Since then, the deadline has been extended until at least March 31st, 2022 – and the government has not ruled out the possibility of further extensions.

A legal expert from Zurich has however called for the Covid certificate to be wound back, due to the stable situation in the country’s hospitals.

Felix Uhlmann, a professor of constitutional law who was previously in favour of expanding the Covid certificate, says it should be rolled back.

“It is actually time to rethink the previous logic of measures,” Uhlmann told Switzerland’s NZZ newspaper.

Uhlmann said the current development of the pandemic “did not justify such drastic restrictions on the unvaccinated”.

Uhlmann however did not advocate for a complete removal of all measures, saying that more needed to be done to protect those in vulnerable groups, including a potential mandatory vaccination requirement for those aged over 60.

Switzerland’s right-wing SVP, the country’s largest political party, has also called for the removal of the certificate privately, NZZ reports, although the party agreed on Wednesday to extend the certificate’s validity until the end of March.

The United Kingdom for instance announced on Thursday that most Covid measures will be reduced by the end of January.

‘The pandemic is not finished’

The Federal Council on Wednesday however reiterated its commitment to the certificate, saying it would wind back the certificate “as soon as the situation allows”.

“We are in the fifth wave. We don’t yet know how it will develop,” Berset said.

“Possibly – perhaps – we have passed the zenith of this wave. But we don’t know.

“The corona pandemic is not finished.”

READ MORE: Covid in Switzerland: How common are hospitalisations and deaths among the boosted?

Several experts agree with the government, saying that despite the promising current trends, the Covid certificate still plays and important role.

“If it turns out that the effects of an infection no longer justify the restrictions on individual freedom, then the obligation to obtain a certificate must be lifted.”

“At the moment, the further development seems to be wide open. And we don’t yet know what long-Covid consequences the omicron wave will have.”

Infectiologist Huldrych Günthard told Switzerland’s Watson newspaper that while he was optimistic “I don’t believe in quick fixes”.

“We just haven’t gotten to the point yet to get rid of the certificate.”

Günthard noted that a major reason for the positive change is the greater proportion of vaccinated members of the population, in which the certificate plays a role.

“The certificate is also intended to put some pressure on unvaccinated people to get vaccinated after all.”

At a referendum in November 62 percent of the Swiss populace voted in favour of the country’s Covid protections, including the current use of the Covid certificate.