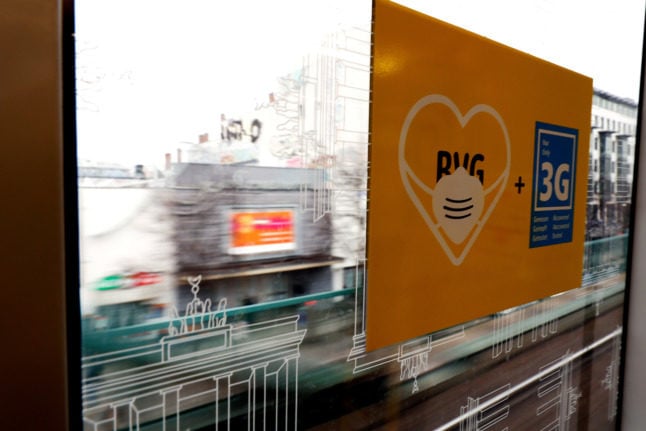 Germany is breathing a cautious but audible sigh of relief. Omicron appears to have peaked without overwhelming hospitals with patients, and at the state and federal level, politicians are now discussing which restrictions should be lifted first.

Of all the pandemic precautions we’ve gotten used to these past two years, masks are likely to be the last to go. That’s if we ever take them off – it’s possible parts of Europe might follow Japan and make them a social norm on public transport, even after the pandemic has long since faded away.

During most of the pandemic, I thought of mask-wearing as a no-brainer. I could see why closing restaurants and bars or restricting travel was controversial, but masks? What’s the big deal? They seem to be such a simple, cost-free way of reducing infection, which is why occasional mask-refuseniks on the U-Bahn come across as bafflingly stubborn and anti-social to the rest of us.

But last December, my eyes were opened to the hidden costs of a masked society when a friend of mine, Hannah Bestley Burt, an artist from London, came to visit Berlin for a long weekend.

Hannah is autistic, and for her at least, wearing a mask is far from simple – it’s practically impossible. She has problems with sensory processing, and so finds certain clothes, like jeans or items with high necklines, labels or seams, unbearably irritating to wear.

When coronavirus struck, she tried to find a comfortable kind of mask, but they triggered panic attacks. “It’s like having a bright and hot light shone directly in your face, or someone yelling numbers at you while you try to do maths,” says Hannah, whose art deals with her autism. “At best it’s distracting, at worst it is intolerable, it makes me angry, panicked, afraid, I can’t think about anything but its presence on my face.”

A world of judgement

In London where she lives, this hasn’t been such a problem. There, mask compliance is pretty patchy, and there are regular reminders on public transport that some people are medically incapable of masking up.

But arriving in Berlin unmasked, Hannah experienced a world of judgement and rejection as she tried to enjoy the city. This was despite bringing a letter from her therapist explaining her autism, and a digital exemption badge from the UK government.

In one incident, a café initially tried to turn her away, despite having empty tables. In another, she was forced to wear a mask when getting a Covid test in a shopping centre. And when she tried to go to the spa Vabali she was flatly refused entry. I asked Vabali about this, and they simply referred me to their website FAQs, which bluntly says: “face coverings are required”.

It wasn’t just being turned away that was painful for Hannah; it was the seeming lack of understanding or sympathy in Berlin about her condition. I don’t think the language barrier can be used as an excuse: she was either turned away from these places in English or was accompanied by a fluent German speaker.

Things weren’t much better on public transport. Generally she tried to avoid it, but when she had to take the U-Bahn, people sometimes tutted, stared and spoke about her.

It don’t want to give the impression the trip was all bad: we managed to go to Christmas markets, bars, restaurants and a nightclub where staff were understanding.

But this doesn’t remove the anxiety that in the next café or U-Bahn, you’ll be publicly shamed for not wearing a mask. “I’m an artist and had been considering moving to Berlin, it could be a wonderful move for my practice,” Hannah told me afterwards. “But I realised that I couldn’t live there, I couldn’t have a full life there.”

How many autistic people are there in Berlin like Hannah, excluded from public spaces through official rules or the glares of strangers?

It’s impossible to know for sure, but Germany’s Federal Office for the Environment estimates that 0.6 – 1% of people globally have the condition. That would equate to tens of thousands in Berlin alone.

Of course, many autistic people are able to wear masks without a problem, Bärbel Wohlleben, vice chair of Autism Germany, told me. But the organisation also knows of sufferers who like Hannah simply cannot mask up. “There is not a lot of tolerance,” she said. 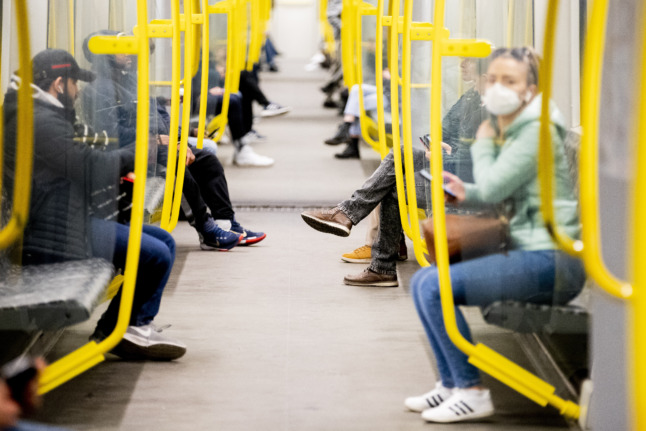 How could Berlin become a little more tolerant? Transport for London regularly reminds passengers that it may not be obvious why someone cannot wear a mask, and sends free exemption badges to passengers who want them, no questions asked.

I asked BVG if they had considered doing something similar. They told me that they make sure their staff know about Berlin’s mask exemption rules, which do allow you to go maskless if you have a medically certified health impairment, chronic illness or disability.

Yet they decided not to broadcast public reminders “in order to minimise the risk of abuse” of the rules, a spokesman told me. Reminders would “not entirely solve” the problem of unmasked people getting dirty looks on the U-Bahn, he added.

The problem here, as BVG suggests, is that if we don’t tut and stare at unmasked people like Hannah, we also won’t challenge diehard mask refusers who are unmasked for political, not medical reasons. The whole system of social pressure risks collapsing.

But surely there has to be a more forgiving middle ground where, if it bothers us, we politely ask someone on the U-Bahn why they aren’t wearing a mask, rather than assuming the worst of them. I’ve certainly done my bit of public shaming during the pandemic, staring at a maskless person on the train or tram without knowing their backstory.

And every café, bar, and restaurant should make sure their staff know that mental health can be a perfectly valid reason not to wear a mask.

For most of the last two years, I’ve counted my lucky stars that I live in near universally masked, rule-following Berlin, rather than what I thought of as selfish and maskless London. But as we edge back into normality, Hannah’s experience should remind us that for a small but significant minority, masks are far from a harmless measure – they amount to a semi-lockdown of the entire city.