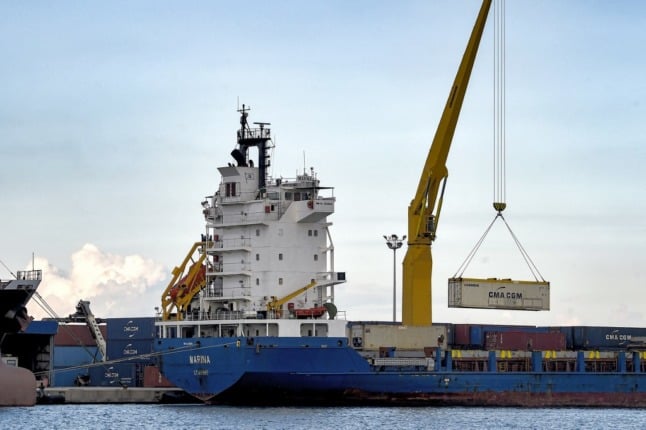 Containers at the port of Sousse, Tunisia, where a shipment of hundreds of tonnes of household waste from Italy to Tunisia in 2020 raised suspicions of dirty dealings in a country that already struggles to manage its own refuse. Photo by FETHI BELAID / AFP

Tunisia is to return more than 280 containers of waste illegally imported from Italy in 2020 by a Tunisian company that falsely claimed that the household waste — barred from import under Tunisia law — was in fact plastic scrap to be recycled.

The importation had sparked widespread anger, resulting in protests in Tunisia as people demanded that Italy take back its refuse.

The waste containers were brought in from the Campania region in southern Italy and are currently being stored at a port in the Tunisian city of Sousse.

A deal was signed on Friday between the two countries to return the waste to Italy, its country of origin, the Tunisian environment ministry said Monday.

According to the deal, 213 containers stored at the port of Sousse will initially be returned, with the first ship set to carry the waste to Italy on Saturday.

Consultations are ongoing over the fate of the remaining waste containers stored in Sousse, which were damaged in a fire in December.

Some 26 people are being prosecuted over their alleged involvement in illegally importing the waste.

The manager of the import firm is at large, after the company signed a deal worth five million euros to dispose of up to 120,000 tonnes.

In December 2021, Tunisia’s environment minister was arrested following the attempted importation of household and hospital waste from Italy.

The case shines a spotlight on the global trade in waste, which has grown despite stricter regulations aimed at preventing rich countries from dumping their hazardous refuse on poorer nations.

Tunisian media reported that the Italian authorities in early 2021 had blocked the export from Campania of another 600 containers of waste destined to be incinerated at a cement factory in Tunisia. 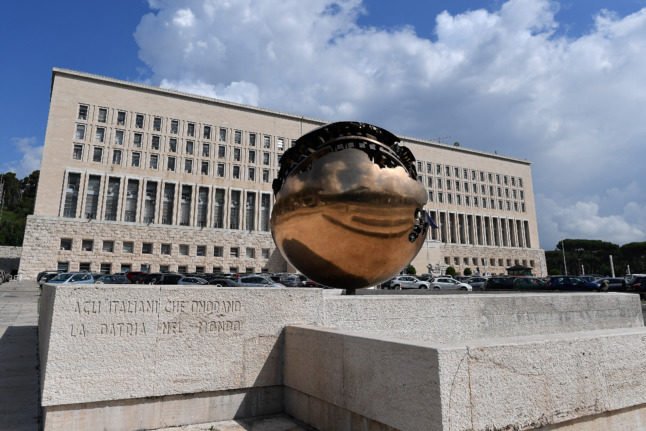 The news of Tardiolo’s passing was shared by Italy’s Ministry of Foreign Affairs in a tweet published on Sunday morning.

“With infinite sadness, the Foreign Ministry mourns the loss of Francesca Tardiolo, Italian Ambassador to Canberra, and shares in the grief of her loved ones,” the post reads.

“We will remember her with affection for her admirable professional and human qualities: a great diplomat and servant of the state.”

She was 56 at the time of her death, and leaves behind two adult children in their twenties, reports the Corriere della Sera news daily.

Tardioli had been on holiday at her home in Foligno, Umbria following a meeting between Italy’s ambassadors and president Sergio Mattarella, and had been shortly due to return to her post in Canberra, according to Corriere.

The incident took place on Saturday afternoon. Tardioli was reportedly found by a family member who raised the alarm, but it was too late for emergency services to resuscitate her.

Italian authorities are investigating what might have led to the incident, but the most likely hypothesis at this time is accidental death, reports Perugia Today.

Tardioli was born on September 8th, 1965 and began her career as a diplomat in 1991 after graduating in political science from the University of Perugia, according to the news site Fanpage.it.

Over the course of her career, she served as consul general in Nuremberg and Tripoli, worked in the Italian embassy in Riyadh, and was assigned to the Permanent Representation to NATO in Brussels.

In 2014, she was made an Official Knight of the Order of Merit of the Republic, and in 2016 she was appointed to the role of the Foreign Ministry’s Deputy Director General for Political and Security Affairs  and the Central Director for the United Nations and Human Rights.

Since the news of her death broke, condolences have poured in.

The mayor of Foligno, Stefano Zuccarini, said: “Having learned with great regret and deep emotion the tragic news of the death of our illustrious fellow citizen Francesca Tardioli, ambassador of Italy in Australia, I express my heartfelt condolences to the family on behalf of the municipal administration and the entire city of Foligno.”

The Italian embassy in Canberra, which Tardioli led since September 2019, described the diplomat as an “exquisite person, model of professionalism and promoter of human rights”.