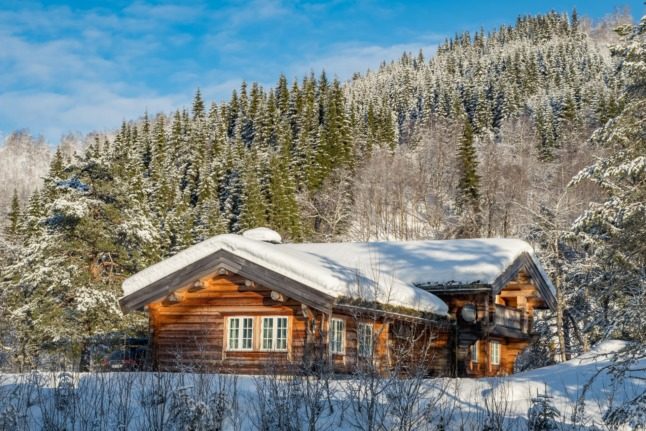 There are a few things as Norwegian as a cabin, with the country’s fondness for these holiday homes, typically found by the coast or up in the mountains, being reflected in strong price growth in 2021.

Last year cabin prices in Norway rose by 7.2 percent, according to figures from Real Estate Norway (Eindom Norge). High price rises followed the previous year when demand for holiday homes exploded due to the pandemic.

“This increase in prices and sales of property in the cabin market, which started in 2020, continued through 2021,” Henning Lauridsen from Real Estate Norway told financial media site E24.

READ MORE: Why Norwegians are so passionate about cabin retreats

The average price of a holiday home in Norway is now around 2.68 million kroner, according to the real estate firm.

Cabins up in the mountains saw the most significant price increases. The prices for these holiday homes rose by 10.1 percent. Holiday cottages by the coast saw a more modest increase of 2.6 percent, while cabins found more inland saw their values rise by just under 10 percent.

More than 8,500 cabins were sold last year, a small reduction compared to 2020 of 3.9 percent. However, the lower sales figures may be due to interest rate hikes.

“The fact that interest rate increases were introduced and that society began to reopen in the autumn probably reduced the volume of sales a lot,” Lauridsen explained.

Trysil, Ringsaker and Vinje were the areas where the most cabins were sold, while the priciest holiday homes were found in Lillesand, Færder and Tvedestrand.

Despite soaring prices and massive demand over the last few years, the number of cabins sold may be on their way back down this year. 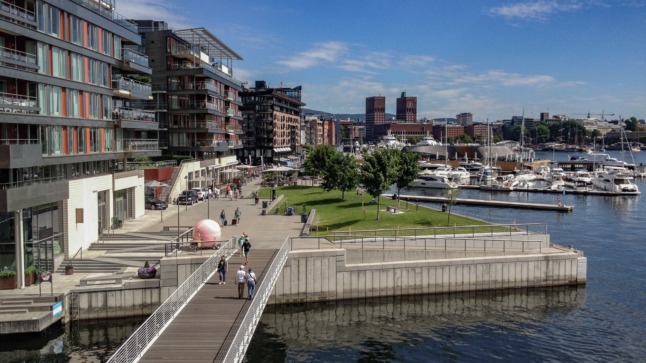 The rental market survey has revealed which how much it costs to rent in each of Norway's major cities. Pictured is Aker brygge in Oslo. Photo by Gunnar Ridderström on Unsplash

Oslo is the expensive city in Norway in terms of rent, according to Statistics Norway’s rental market survey for 2021.

A 50 square-metre 2-room dwelling in Oslo or Bærum would cost around 12,310 kroner per month in rent. This is 29 percent higher than the national average for a similar home.

The survey took into account the estimated price of renting in different districts of the capital. For example, in ​​Frogner, Ullern, Sentrum and St. Hanshaugen, the monthly rent is expected to be around 12,700 kroner per month. In contrast, similar housing in Søndre Nordstrand, Grorud, Stovner and Alna will cost approximately 11,200 kroner per month.

Trondheim was the second costliest city to rent, depending on the part of town, with Midtbyen, Østbyen and Nedre Elvehavn areas of the city estimated to cost between 10,500 per month and rental property in Lerkendal and Heimdal estimated to average around 9,900 kroner.

READ MORE: Eight things to know when renting an apartment in Norway

Tromsø, lovingly referred to as the ‘Paris of the north’, was the next most expensive place to call home for renters. The average cost in the city was around 10,500 kroner a month.

Bergen is the fourth most expensive place to rent, with a dwelling in Bergenhus costing the same as the most popular parts of Trondheim and Tromsø. However, its other districts averaged around 9,300 kroner per month, making the city cheaper overall than Trondheim and Tromsø.

Stavanger was the second least expensive city to rent, with a two-bedroom place estimated to set renters back 8,900 kroner per month.

According to the survey, Kristiansand was the cheapest city for tenants, with a 2-room dwelling coming in at around 8,000 kroner in 2021. The price of renting in the town was also estimated to have fallen by more than 10 percent since 2020.