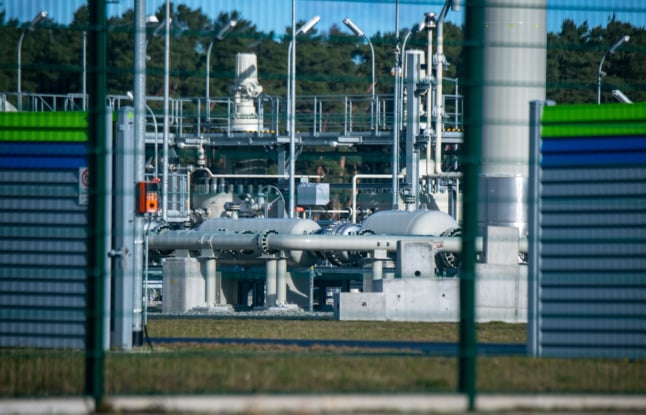 A matter of days after sending troops over the border into two separatist regions of Ukraine, President Putin has launched a full-scale invasion of the country. Hard sanctions from the EU are set to be announced on Thursday.

On Tuesday afternoon, Chancellor Olaf Scholz confirmed that he was suspending the Nord Stream 2 pipeline project, which was set to deliver natural gas directly from Russia.

The project was deeply unpopular in eastern Europe and the United States, but the German government was previously reluctant to use it as a tool of deterrence against Moscow due to its importance to Germany’s energy future.

But Scholz had to change tack after facing massive pressure from allies during the Russian troop build up next to Ukraine. He stopped calling it a “private business venture” in January, thus implying that it would become part of a sanctions package.

Will the block on Nord Stream 2 lead to gas rationing?

Around half of all German homes are heated with natural gas. Many people will therefore be asking themselves whether the decision to block the Nord Stream 2 project will leave them shivering through the rest of the winter.

Most analysts don’t seem concerned by this scenario, though.

No gas has ever flowed through the Nord Stream 2 pipeline, which runs under the Baltic Sea from the Russian port of Vyborg to the German coast. Although construction ended last year, the pipeline was still waiting on a licence from German authorities. 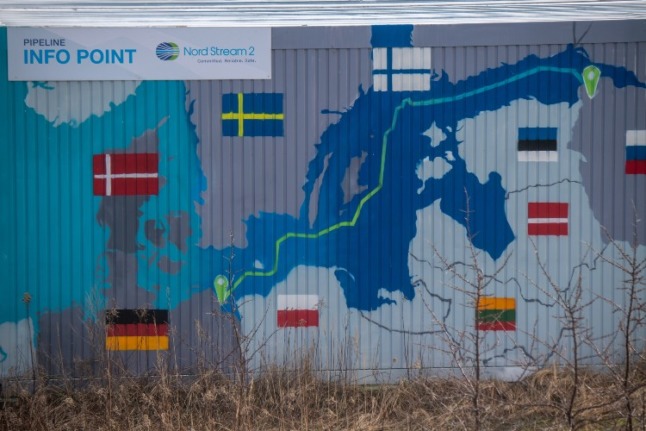 Thus the decision to put the project on ice would not in itself lead to less gas being imported into Germany.

The more worrying scenario is that Russia responds by throttling supplies through the other pipelines that supply Europe across Ukraine and Poland.

Germany is highly reliant on Russian gas. Natural gas counts for over a quarter of the country’s primary energy mix, with some 55 percent of that supply coming from Russia.

At least in the long term, Russia stopping exports to Germany would have major consequences for energy security. But analysts and politicians alike are confident that short-term supplies are secure.

Speaking on Tuesday, Economy Minister Robert Habeck sought to assure people that there was no need to panic. “For this winter, the security of supply is guaranteed,” he said.

Habeck stated that Germany could increase imports from Norway and the Netherlands, which are its the second and third largest suppliers behind Russia. He also said that the country could import more LNG, liquified gas, for which the US is a major exporter.

“Germany can probably hold out until the autumn, because we still have 30 billion cubic metres in storage, more liquefied gas would be imported, and consumption in the summer months is comparatively low anyway,” said Jörg Krämer, chief economist at Commerzbank.

Tobias Federico of consultancy Energy Brainpool said that gas storage facilities are fuller than expected. “We thought they would be empty if we had a cold winter in mid to late February,” he said. “Now we actually still have enough.”

What will happen to energy prices?

Another concern is that Russia could try and create a scarcity of supply in order to drive up prices on European energy markets.

Former Russian President Dmitry Medvedev responded to the Nord Stream 2 decision on Twitter on Tuesday by saying: “Welcome to the brave new world where Europeans are very soon going to pay €2,000 for 1,000 cubic meters of natural gas!”

Energy prices already hit record highs last year, not only due to the Ukraine crisis but also on the back of rising demands in east Asia.

Economy Minister Robert Habeck said: “I expect we’ll see gas prices rise now in the short term, but in the medium term I hope the market will settle down quickly.”

Habeck pointed out that the markets are “liable to speculation” and that uncertainty over future supplies would thus likely lead to a price surge.

READ ALSO: How the cost of living crisis is affecting everyday life in Germany

“Even if gas supplies are not curtailed, there will be a price shock – at least temporarily,” said Clemens Fuest, head of the Ifo Institute in Munich.

“The fear of war in Europe hangs in the air – with potentially significant effects on energy supply and energy prices, among other things,” agreed Fritzi Köhler-Geib, chief economist at KfW, the German development bank.

There is also concern that higher energy prices will further heat up inflation, which is already at its highest rate since the 1990s.

Habeck said on Tuesday that the long term solution to overcoming Russian control over gas prices is accelerating investment in renewable energy.

Only a wider renewable infrastructure would make Germany “independent from the war mongering and price manipulation” of other states, he said.