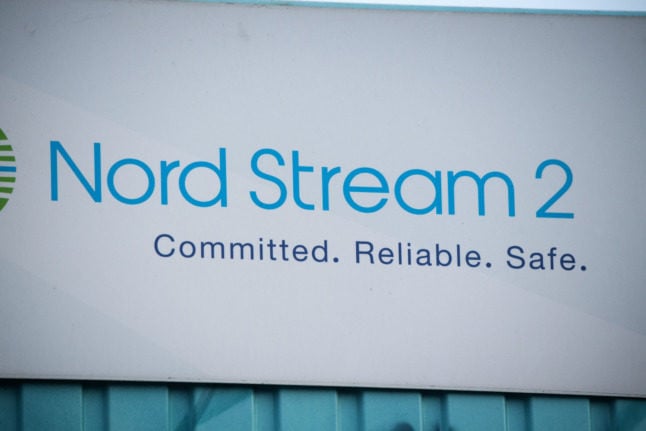 If, as the old dictum goes, a week is a long time in politics, then a month is an eternity – especially when one of the politicians in play goes by the name of Vladimir Putin. Just a month ago, I wrote about Germany’s willingness to give the Russian president not just the benefit of the doubt, but seeming carte blanche to ride roughshod over Eastern European nations’ right to self-determination – and about our apparent unwillingness to stop the crazed pipeline scheme poised to finally render our gas supply wholly dependent on Russian imports. Now, on 22/2/22, Nord Stream 2’s number is finally up.

READ ALSO: OPINION: Germany is in a muddle over Russia – and it only has itself to blame

The snap decision to halt Nord Stream 2 has not come one second too soon. And, oddly enough, we have Putin himself to thank. Essentially, in suddenly deciding to recognise breakaway Ukrainian regions long under his control as “independent” last night, he has finally done enough to make our leaders in Berlin wake up and smell the samovar. After all, with Russia firmly in the grip of a megalomaniac authoritarian now so patently intent on redrawing the boundaries of Eastern Europe, even the most Moscow-friendly SPD government politicians now have to recognise that it would be nothing short of unconscionable to flick the switch on the new pipeline – one which would up the percentage of Russian gas in our imports to way north of 50 percent, making us eminently blackmail-able, deprive Ukraine of much-needed transit fees from Russian gas currently flowing through pipelines across its territory, and would be perceived as treachery by our allies in Europe and North America.

For all this sudden bout of eleventh-hour realism in Berlin is welcome, the delay in decisive action here – and the lengths to which we allowed Putin to go prior to it – remain quite simply scandalous. Even when approved in 2005, the pipeline was controversial: many energy sector experts never thought it essential to Germany’s gas supply, especially given that we were already (on paper at least) committed to a green energy transition; moreover, the environmental damage was always going to be non-negligible and the costs high. All this should have been enough to rule the pipeline out from the start, even in those geopolitically more relaxed times before Russia went renegade. Yet work went on apace as the Grand Coalitions and the CDU/FDP administration of 2009-2013 inexplicably kept backing the project despite increasingly vocal concerns raised here and abroad.

The fact that Russian aggression in 2014/2015 and its annexation of Crimea were not seized upon as another pressing reason – and an ideal excuse – to kill off this wholly unnecessary project before it got anywhere near completion will undoubtedly be the subject of a parliamentary enquiry. Many MPs in the new intake were still in school when work began on Nord Stream 2, not in the Bundestag, and so will quite rightly demand to know how it can be that the pipeline was actually finished in September last year (just as they were being elected) and filled with gas before it was stopped at the very last possible moment. Surely, they will ask themselves, somebody could have and should have done something earlier.

So Angela Merkel will need to come out of retirement briefly to explain how, after her predecessor Gerhard Schröder had approved the pipeline just weeks before switching from the Chancellery to the Kremlin payroll, she allowed German foreign and energy policy to continue on and on down this damaging dead-end path for so long – even as she led a European sanctions regime against Russia in the wake of its incursions into the Ukraine. Her Foreign Minister, then Vice-Chancellor Sigmar Gabriel, one of Schröder’s protégés, will also have some squirming to do as young MPs from his own party, the SPD, ask him to explain his unwavering support for the project in office – support he has toned down since retiring to a transatlantic think-tank. His predecessor in the Foreign Ministry, Frank-Walter Steinmeier, may also have some questions to answer – little more than a minor inconvenience for him, no doubt, given that he is still active in Berlin politics, having just been re-elected as nothing less than our president. And they will definitely want to talk to Manuela Schwesig, freshly re-elected as Minister President of Mecklenburg-Vorpommern, to find out why she helped misdirect state funds into a supposedly charitable organisation set up for the sole purpose of completing the pipeline in the face of US sanctions. 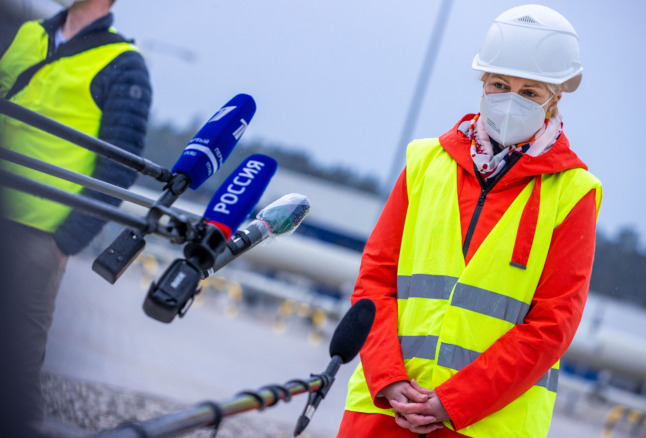 Yes, Nord Stream 2 is an abject national failure in which almost every leading German statesman and woman of recent decades has had a hand. The fact that it will now, mercifully, not go into service and allow Russia to further destabilise the Western alliance on which we depend for our security, cannot erase this from our record. It will, however, allow us to start rebuilding trust with our key military and economic partners – notably France and the US, both of whom had, as we pressed ahead with the pipeline regardless, began to doubt our morality and/or sanity of late. It will also offer reassurance to countries in the Baltic we are pledged to defend: after we delivered 5,000 helmets to the Ukraine (and nothing more) a few weeks back, the likes of Lithuania were, understandably, starting to wonder just how serious we are about hemming in Russian aggression. Better late than never.

There will be those out there who will argue that this is all part of some clever ruse, a last-minute switcheroo in which Russia, thinking it was about to get us hook, line, and sinker, now finds itself with an expensive and quite useless rod lying out of reach on the Baltic seabed. This would, however, be overstating the case. Germany simply allowed Nord Stream 2 to get far too far, depleting its reputational credit and lulling itself into a false sense of energy security instead of going green as planned. Now, just as our nuclear power plants have gone offline, we are scrambling to get neglected off-shore wind projects going again, and Russia has throttled deliveries through existing pipelines, we find ourselves in bleak mid-winter with historically low gas stores and a pipeline that won’t go on stream. This is not strategy – or certainly not good strategy – and a March cold-snap could make the wait for spring feel interminable.

So while a week or a month may indeed feel like a long time in politics, the real eternity here was the unbroken 17-year period in which Nord Stream 2 enjoyed Berlin’s backing. We now have less than 17 months to break our dependency on Russian gas for good.