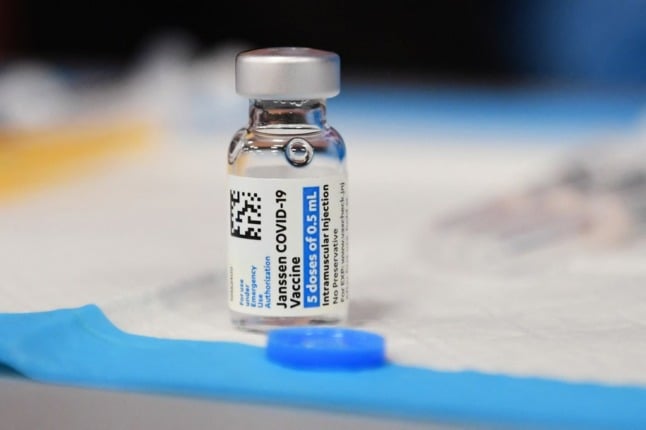 An important health authority in France has called for the Janssen vaccine to be suspended for almost all of the population. (Photo by Frederic J. BROWN / AFP)

The French government said it would follow the guidance of the Haute Autorité de Santé (HAS), an advisory body on health policy, by suspending the Janssen (Johnson & Johnson) vaccine for almost all of the population.

The move will not have a significant effect on France’s Covid vaccination programme, since the vast majority of shots given in France are Pfizer.

Citing a scientific paper published in January, the HAS noted an apparent “increased risk of heart attacks” among people who received this vaccine instead of other widely used alternatives like those produced by Pfizer and Moderna.

The risk of vaccinating with the Janssen vaccine is still very small.

France began vaccinating people over the age of 55 with the vaccine in April 2021. According to the HAS, by January this year, 1,079,000 doses had been administered and just 16 cases of heart attacks were recorded among patients, 12 of whom were already at risk of cardiovascular disease.

The risk was found to be highest in the first two weeks following injection.

The health authority still recommends use of the Janssen vaccine for people who are ‘at risk’ or who have a medical reason not to take mRNA vaccines such as Pfizer or Moderna.

The suspension will last at least until a meeting of the European Medicines Agency has given its verdict on the vaccine, expected in March.

While the recommendation of the HAS is not legally binding, the French government generally follow advice issued by the organisation.

What about other countries?

France has already restricted use of the Janssen vaccine for those over 55 who are getting vaccinated for the first time. The wider suspension will bring it in line with a number of other countries in Europe and elsewhere.

The vaccine is not used as part of the vaccination campaign in Denmark, Sweden and Spain. The Janssen vaccine is not currently available in the UK but in the US, despite a temporary suspension last year, it is now available to anyone over the age of 18 as an initial dose or as a booster.

Many European countries, including Italy, recommend receiving a booster dose with either Pfizer or AstraZenca if you were initially vaccinated with the Janssen vaccine.

If you have already had a Janssen vaccine in France?

Adults vaccinated with what was once considered a ‘single-shot’ Janssen vaccine now need a top-up shot in France.

To continue using the vaccine pass, those injected with the Janssen vaccine need to get a second dose (of either Pfizer or Moderna) within two months of their first shot.

You become eligible for a booster within three months of your second shot and must get one within four months if you want to continue using the vaccine pass.

What if you were infected before or after receiving a Janssen vaccine?

If you were infected and then received a Janssen vaccine, you only need one additional dose (one month after your first injection) to be considered fully vaccinated with a booster.

If you were infected within 15 days after receiving your initial Janssen vaccine, you will need to receive two further doses to be considered fully vaccinated with a booster (following the same time table as those who were not infected).

If you were infected more than 15 days after receiving your initial Janssen vaccine, you only need to receive one extra dose, three months after infection, to be considered fully vaccinated with a booster.

French pharmaceuticals giant Sanofi said on Wednesday that its Covid vaccine, developed with Britain’s GSK, had delivered positive results after nearly a year of delays left it lagging far behind rivals in the race for a jab.

The two drugmakers said in a statement they will “seek regulatory authorisation” for their vaccine in the United States and the European Union following phase 3 trials involving thousands of people.

The trials – which have not yet been released – indicated that the vaccine was 100 percent effective against severe Covid disease and hospitalisations, Sanofi said.

It was also more than 50 percent effective against all symptomatic Covid, it added.

Sanofi abandoned a previous vaccine project based on the mRNA technology used by its rivals Pfizer/BioNTech and Moderna, which have formed the backbone of vaccination efforts in many Western countries.

It is now focused on a vaccine using a slightly less innovative technique based on recombinant protein technology, also seen in the Novavax shot. 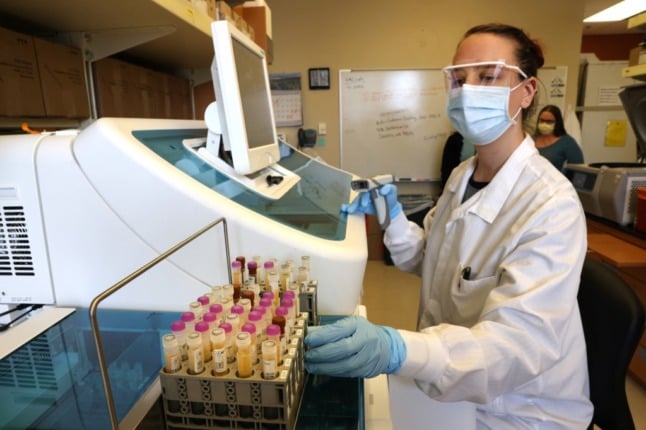 France has ordered 3.2 million Covid vaccine doses from the American pharmaceutical company Novavax for the first quarter of 2022 – and may order a further 3.2 million for the second.

The first shipments, amounting to 1.14 million doses began arriving in the country this week. Of this first delivery, some 600,000 doses will be immediately sent to France’s overseas territories, where vaccination rates are generally lower.

The Health Ministry told Ouest France that vaccination with these vaccines will begin in the first week of March.

What makes this vaccine different?

The Novavax vaccine is what is known as a ‘protein sub-unit’ vaccine.

Protein sub-unit vaccines works by injecting a piece of the virus – in this case, the spike protein – into the patient.

The patient’s immune system then learns to recognise spike proteins which allows better protection against Covid in the future.

In a statement given to Le Figaro, the health ministry said the fact that this vaccine works differently to the others may be enough to convince vaccine sceptics to get their shots.

“Its particular technology could mean that it is orientated towards reticent people or those who cannot be vaccinated via an mRNA vaccine,” it said.

The European Medicines Agency has recommended its use for anyone over the age of 18, but not for children.

How will it be administered?

The vaccine has only been authorised in France for the initial two vaccinations – not the booster shot for people already vaccinated with another vaccine. French authorities say this is because of a lack of research into the use of Novavax as a booster.

It will only be available to people over the age of 18 and administered through vaccine centres, pharmacies and doctors from March.

The exact start date is still to be confirmed.

How effective is it?

Novavax declared at the start of the month that the vaccine was 80 percent effective in treating people aged between 12-17.

The Haute autorité de santé, an advisory body to the French government on health policy, has said that mRNA vaccines (Pfizer and Moderna) should still be given as a priority, judging them to be more effective.