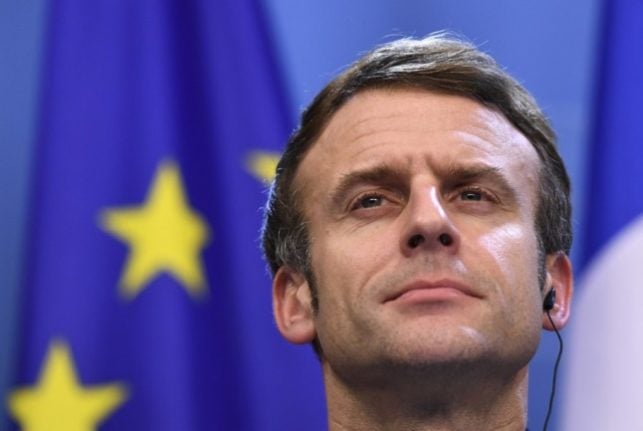 Macron is yet to formally declare his candidacy for the election, and has until March 4th to do so.

However it is widely thought to be extremely unlikely that he would not run, and opinion polls have steadily suggested that he is likely to come out on top in the first round of voting on April 10th.

He has already received the 500 signatures of support from elected officials which are required for all candidates to get onto the ballot paper, a system known as parrainage.

Sources have previously suggested that Macron, who has in recent days been preoccupied with the Ukraine crisis, would be likely to declare his candidacy in the week beginning February 28th.

The final list of candidates who have made it onto the ballot paper will be published on March 8th, with formal campaigning – including rules on equal TV airtime – beginning six weeks before the first round of voting.

In reality, most candidates have been campaigning for months. 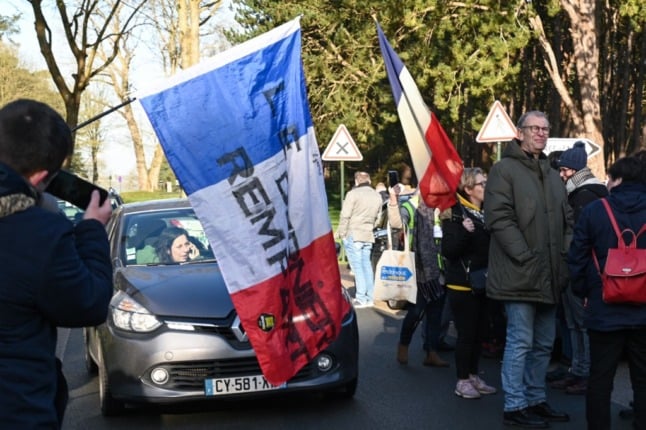 Inspired by Canadian truckers paralysing border traffic with the US, the French protesters set off from Bayonne, Perpignan, Lyon, Lille, Strasbourg and elsewhere with the aim of converging on Paris by Friday evening.

Authorities in Paris have banned the demonstrators, as have authorities in Brussels, where the convoys intend to head next. Around 7,200 police and gendarmes will be deployed over a three day period to enforce the ban.

A police source said around 1,800 vehicles were estimated to be closing in on the French capital. 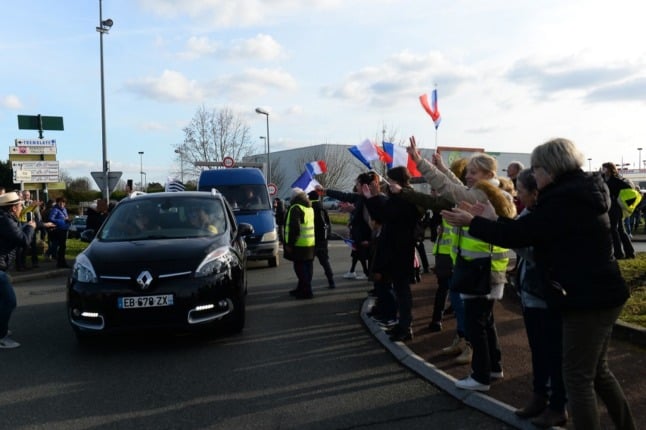 Protesters wave French flags as a so-called “Freedom Convoy” (Convoi de la Liberte) passes through Le Mans, western France, on February 11, 2022. – Thousands of protesters in convoys, inspired by Canadian truckers paralysing border traffic with the US, were heading to Paris from across France on February 11, with some hoping to blockade the capital in opposition to Covid-19 restrictions despite police warnings to back off. The protesters include many anti-Covid vaccination activists, but also people protesting against fast-rising energy prices that they say are making it impossible for low-income families to make ends meet. (Photo by JEAN-FRANCOIS MONIER / AFP)

The demonstrators include anti-Covid vaccination activists, but also people angry at fast-rising energy prices that they say have been a devastating blow to the finances of low-income families – an echo of the “yellow vest” grievances that sparked widespread protests in 2018 and 2019.

They are demanding a withdrawal of the government’s vaccine pass, which is required for access to many public spaces, and more help with their energy bills.

“People need to see us, and to listen to the people who just want to live a normal and free life,” said Lisa, a 62-year-old retired health worker who joined a convoy of over 1,000 vehicles leaving Chateaubourg in the western Brittany region early Friday.

Like other protesters, Lisa has been active in the “yellow vest” movement that erupted over a fuel tax hike before becoming a platform for other complaints against President Emmanuel Macron.

The yellow vests often clashed with police, but Lisa said she hoped the protests on Friday would go off peacefully. “It would really annoy me if things got out of hand,” she told AFP.

After spending a cold night in a parking lot, the drivers in Chateaubourg set off in a long single file of trucks, passenger cars and campers as sympathetic passers-by waved from bridges.

“All kinds of people are part of this,” said Sarah, a 40-year-old tattoo artist from the northern city of Lens. “We’re citizens, we have families, we work and we’re all united against the government.”

Paris police banned the gathering because of feared “public order disturbances,” and said protesters who tried to block roads would face fines, arrest or having their driving licences confiscated.

“We must be very firm about this,” Prime Minister Jean Castex said.

Police showed off their anti-blockage arsenal on Twitter, publishing photographs of loader tractors for the removal of barricades as well trucks equipped with cranes or water cannon.

The protesters meanwhile shared information about police deployments around Paris, often via the encrypted Telegram messaging service, and exchanged tips about the easiest access routes.

“It’s important that we don’t interfere with other people on the roads,” said one activist, Robin, on his way from Illkirch-Graffenstaden in the eastern Alsace region. “That way we’ll keep the population on our side, like they did in Canada.”

Many demonstrators are planning to stay in Paris overnight, and then join protests on Saturday against the government’s vaccine pass.

Some then want to travel on to Brussels for a “European convergence” of protesters planned there for Monday – an event that has been banned by Belgian authorities.

Phil, a 58-year-old on his way by truck from Brittany, said his refusal to get vaccinated had created “upheaval” in his family and work relations.

“When you join a demonstration you feel less alone,” he told AFP.

The government has expressed some sympathy for the protesters, with spokesman Gabriel Attal attributing their anger to “fatigue and weariness” after long-lasting Covid restrictions.

But opposition parties should not be allowed to hijack the movement for their own aims, he said Friday.

“They are looking to gain political capital from this weariness and this fatigue,” he said.

The government also announced Friday a further easing of Covid rules, with indoor mask wearing set to go at the end of this month, except on public transport.

Attal also said this week that the vaccine pass could be scrapped in late March or early April, which would be just before the first round of elections on April 10, when President Emmanuel Macron is expected to seek a new term.