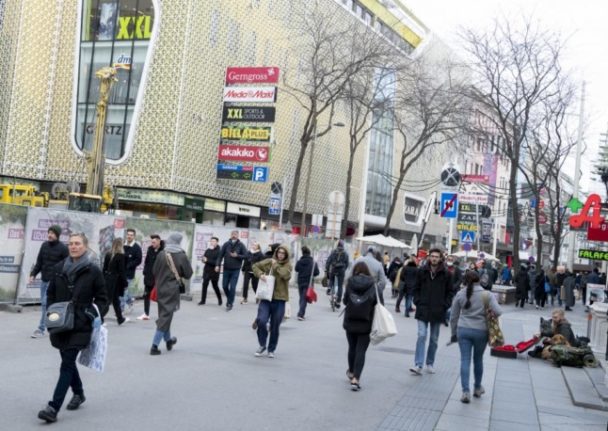 At the end of April, pensioners on minimum incomes, long-term recipients of sickness and rehabilitation benefits, the unemployed and unemployment assistance recipients will receive €150.

Separately households that receive minimum income or social assistance and students with study grants will receive €300.

For retired people receiving supplementary allowances, there will be two payments of €150.

With the exception of the liberal party Neos, the opposition was largely in favour of the legislative changes

However, parliamentarians from opposition parties said the one-off payments would not be enough to compensate for high inflation, especially as Russia’s invasion of Ukraine puts further pressure on prices.

SPÖ politician Gabriele Heinisch-Hosek appealed to the government to at least bring forward the payments by a month.

Neos MP Gerald Loacker said that “one-time payments will not help”, as prices will continue to stay high.

The government, however, was eager to highlight the benefits of the package.

For those without jobs, it will be at least a “small compensation” for increasing energy costs, Labor Minister Martin Kocher (ÖVP), said.

According to Statistik Austria, inflation rates in Austria reached 5 percent in January 2022, driven by a spike in fuel and household energy prices

Gas prices rose by 41 percent compared to January 2021 and there also steep hikes in the cost of petrol and diesel fuel. Heizöl, which can be used for heating and fuel, saw a 45.8 percent increase over the same period. 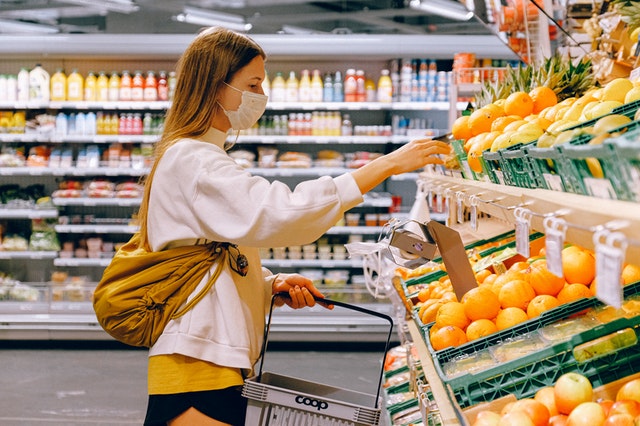 How much more expensive have the items in your shopping basket got? Photo: Anna Shvets/Pexels

Last year, the average cost of living in Austria increased by 2.8 percent, driven by price hikes in transport, household energy, restaurants and hotels.

This is above the two percent target rate of annual inflation set by the European Central Bank but below the 2021 inflation rate in neighbouring Germany which increased to 3.2 percent.

The rate in Austria also fluctuated throughout 2021, starting at 0.8 percent in January and ending at 4.3 percent in December. The average rate of inflation across Europe in December was 3.8 percent.

READ ALSO: Everything that changes about life in Austria in 2022

Tobias Thomas, Director General at Statistics Austria, said: “In 2021, the inflation rate doubled to 2.8 percent compared to the previous year, the highest level in ten years.

“Inflation was fuelled by sharp increases in fuel and household energy prices – without them the inflation rate would have been 1.8.

“The background is not least the crude oil prices on the world markets, which increased by more than 50 percent last year.”

The 2021 report by Statistics Austria shows transport costs in Austria increased by an average of 6.6 percent. This was the primary driver in the overall increase in cost of living due to a 17.3 percent rise in the price of fuel.

Additionally, the cost of flight tickets rose by 8.3 percent, repairs for private transport rose by four percent, the cost of new cars by 3.2 percent and used cars by 3.7 percent.

Housing, water and energy costs jumped by 3.6 percent last year making it the second biggest driver in rising prices in Austria. The main reason was a 7.7 percent increase in the cost of household energy, but other factors include housing maintenance (+4.4 percent), materials (+4.7 percent) and rent (+2 percent).

READ MORE: TV licence fees are about to get more expensive in Austria

This was followed by the cost of restaurants and hotels, which rose by 3.4 percent. In restaurants, the price of a Schnitzel increased by 4.6 percent in 2021, and vegetarian dishes went up by 5.8 percent.

Alcoholic beverages and tobacco products were 2.4 percent more expensive in Austria in 2021.

Did anything get cheaper in Austria in 2021?

Fortunately, there is some good news to come out of the Statistics Austria report which shows a few items did get cheaper last year.

Messaging (text messages) was 2.9 percent cheaper in 2021, and the price of telephone and fax services dropped by 2.8 percent.

COST OF LIVING
EXPLAINED: How to find cheap train tickets in Switzerland

PROPERTY
Property in Austria: A roundup of the latest news and info
Url copied to clipboard!