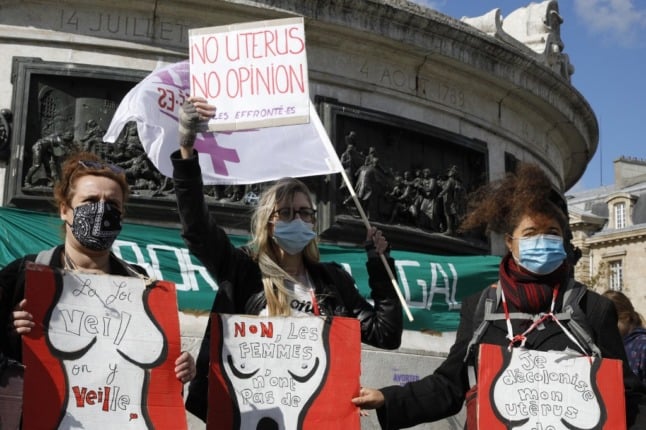 The law extending the abotion limit from 12 weeks to 14 weeks was approved by 135 lawmakers in a final vote in the Assemblée nationale on Wednesday, with 47 MPs voting against the extension, and nine abstaining.

It will be one of the final bills to be passed in this Parliament before it closes ahead of April’s presidential election.

According to campaigners, some 3,000 French women are forced to go abroad each year – often to the Netherlands, Spain or England – to have an abortion because they have exceeded the legal time limit.

France now moves in line with Spain and Austria where abortion is legal up to 14 weeks of pregnancy. In the UK, the limit is 24 weeks.

But a clause allowing doctors to refuse to perform abortions on ‘moral grounds’ survived the vote, despite efforts from some MPs to get it scrapped.

MP Albane Gaillot, a former LREM member, who proposed the bill, described it as a “step forward” for women.

And Health Minister Olivier Véran welcomed the news as a move towards greater “pragmatism and equality”.

Meanwhile, presidential candidate Valérie Pécresse has said the new 14-week deadline is “a headlong rush that distracts from the real problem: access to abortion centres, the lack of gynaecologists and midwives”.

A motion to reject the bill tabled by pro-life activists and far-right MPs had been rejected on Wednesday. 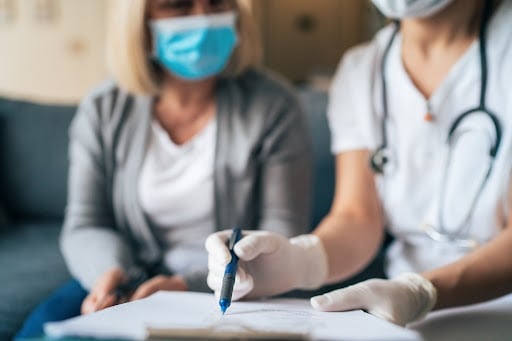 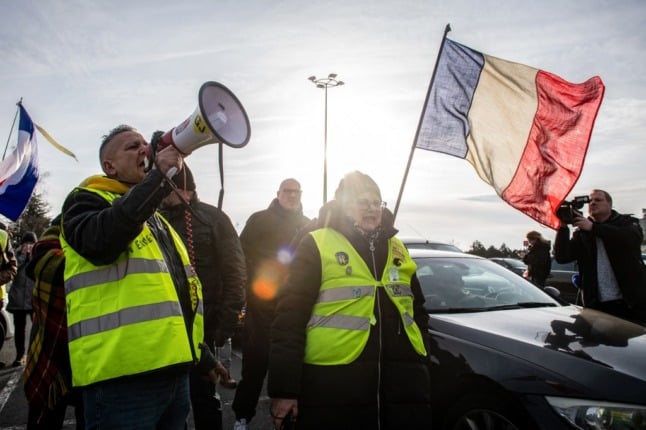 Around 1,300 vehicles from across France had arrived near the French border town of Lille by late Sunday, according to police.

The protest is one of several worldwide inspired by the truckers’ standoff with authorities in Canada.

Camped at a parking lot near Lille, protesters brandished French flags and chanted “We won’t give up” and “Freedom, freedom.”

“We’ll go to Brussels to try to block it, to fight against this policy of permanent control,” said Jean-Pierre Schmit, an unemployed 58-year-old who came from Toulouse.

For Sandrine, 45, who came from Lyon, the government’s response to the Covid crisis had revealed that “we’re losing our freedoms bit by bit, in an insidious way.”

The latest self-proclaimed “freedom convoy” comes after 97 people were arrested at the weekend in Paris where thousands of demonstrators defied a ban on attempting to blockade the French capital.

A small group made it onto the Champs-Elysées, where there were clashes between demonstrators and police.

IN PICTURES: Clashes on Champs-Elysées as Freedom Convoys enter Paris

In France, the demonstrators took aim at the “vaccine pass” required to enter restaurants, cafes and many other public venues implemented as part of President Emmanuel Macron’s inoculation drive.

Belgian authorities have banned all demonstrations in the capital with “motorised vehicles” and said they had taken measures to prevent the blocking of the Brussels region.

Brussels police have posted on social media warning that vehicle protests are banned and advising against travelling to the capital by car, channelling convoys to a parking lot on the outskirts of the city as the only place where a static protest will be tolerated.

Some participants in a similar demonstration organised in The Hague have also announced their intention to go to Belgium.

Belgian Prime Minister Alexander De Croo had however advised the demonstrators to abandon their plans to come to Brussels.

“I say to those who come from abroad: look at the rules in Belgium. We never had rules that were too hard and we don’t have so many anymore. So complain at home,” he said Friday.

Checks are planned at the border and vehicles coming to the capital despite the ban will be diverted, Belgian authorities warned.

Brussels airport also advised travellers to take precautions on Monday and come by train for fear of blocking access routes.

The self-proclaimed “freedom convoy” is one of several worldwide inspired by a truckers’ standoff with authorities in Canada over vaccine mandates.

While French police counted 3,000 vehicles outside Paris on Friday evening, only around a hundred made it to the Champs-Elysees avenue in the heart of the capital on Saturday before being forced out after officers deployed tear gas to disperse the protesters.

In Canada, police on Sunday cleared demonstrators who had occupied a key US border bridge for a week but thousands of protesters remained in the capital Ottawa, where they have paralysed the city centre.

The French protest movement brings together those opposed to the Covid vaccine pass required to access many public venues but also some angry at rising energy and food prices, issues which ignited the “yellow vest” protests that shook France in late 2018 and early 2019.

The French government has said it plans to relax face mask mandates by February 28th, and is hoping to end the vaccine pass requirement by late March or early April.