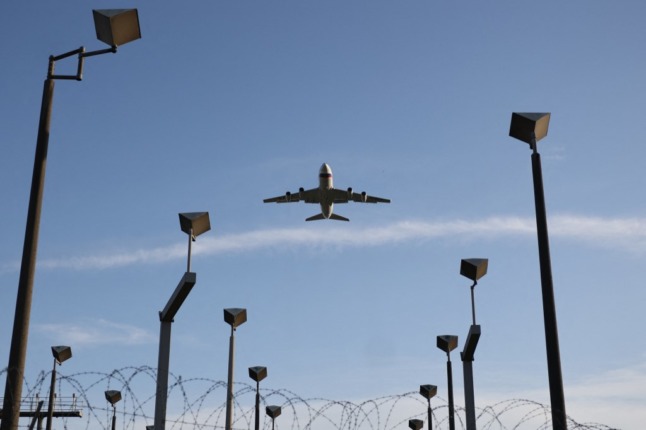 The Russian presidential plane Iljuschin Il-96. Spain has moved to close its airspace off to Russian aircraft. (Photo by PIERRE ALBOUY / AFP)

Germany will impose a three-month ban on all Russian flights from its airspace from 3pm Germany time on Sunday, the Transport Ministry said.

The authorities are tightening the screws on Moscow over its invasion of Ukraine.

“In a Notice to Air Missions, the transport ministry has imposed a flight ban for Russian aircraft and aircraft operators in and over German airspace,” said the ministry, adding that order was valid for three months.

Only humanitarian flights will be exempt.

EXPLAINED: How the Ukraine crisis could impact Germany

Germany joins other European countries in ramping up sanctions against Moscow over its invasion of Ukraine.

Already a number of other countries – such as Sweden, Denmark, Italy, Bulgaria, the Czech Republic, Estonia, and Poland – have closed their airspace to Russian flights, forcing westbound Russian planes to make enormous diversions.

EU leaders will meet again later today to discuss the latest package of sanctions against Russia.